I’m pretty sure that I’ve professed my obsession with frozen yogurt to you before, but just in case I haven’t, I’ll give you the short version.  I LOVE FRO YO. 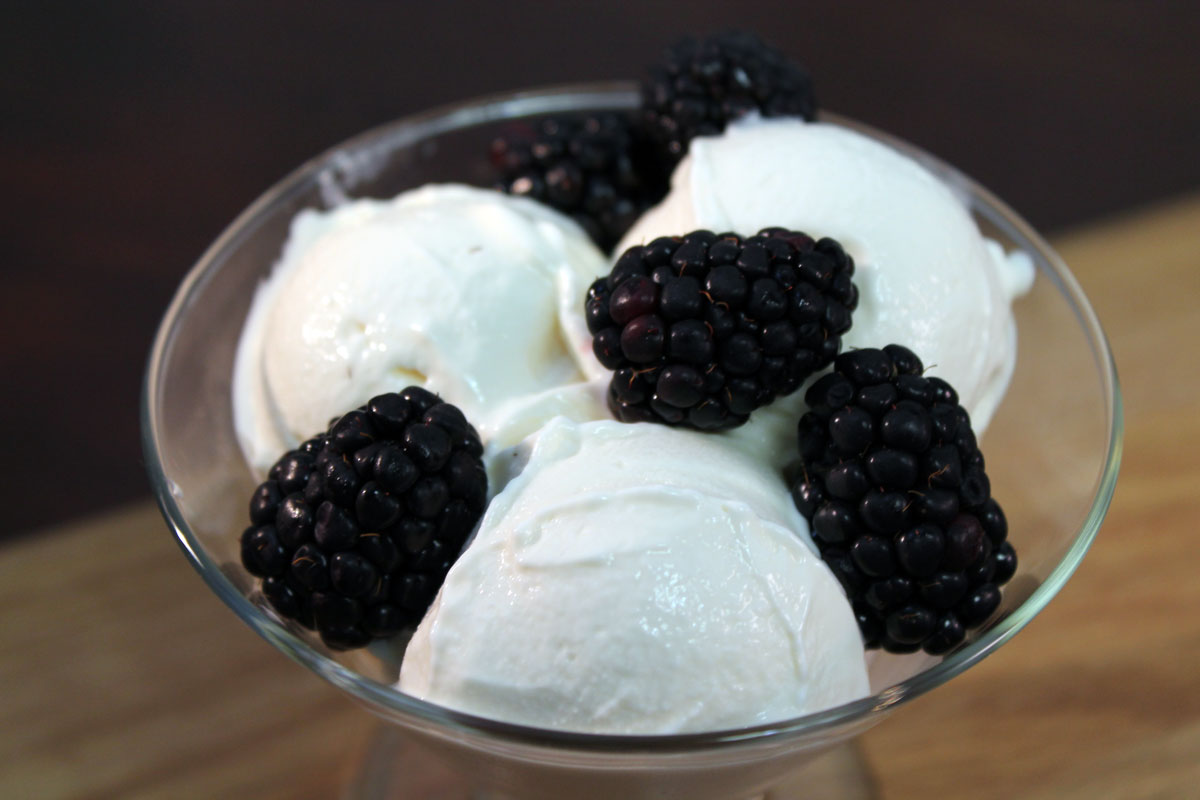 So, now that I have my own ice cream maker, it was only a matter of time before I tried to make my own fro yo!  Out of all of the fro yo flavors, Tart is one of my favorites, so I thought that would be a good flavor to start with. 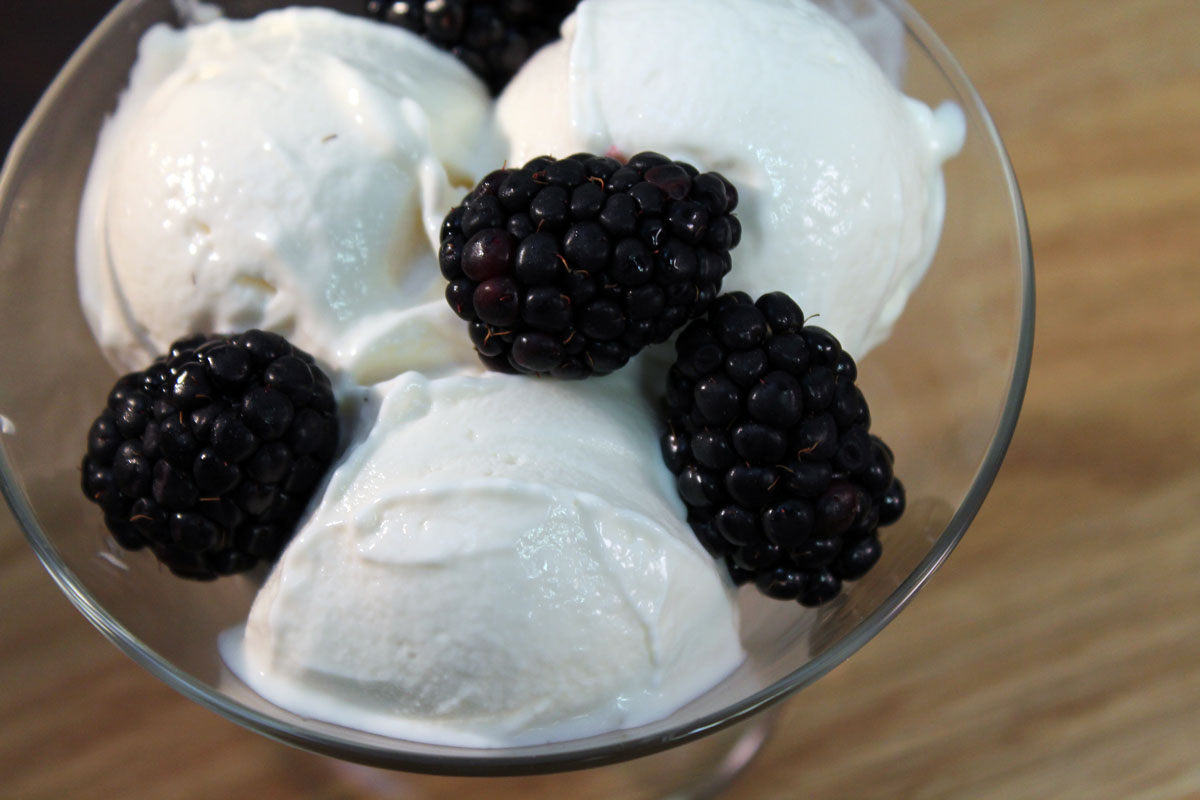 I didn’t get great pictures of my frozen yogurt because, to be honest, it was so tasty I had to stop photographing so I could eat it.  And then my boyfriend and I ate almost the entire quart so there was nothing left to photograph.  Whoops.  It’s that good.  Seriously.

I will make and photograph this again soon, but here is one shot of the side where you can get a feel for the consistency. 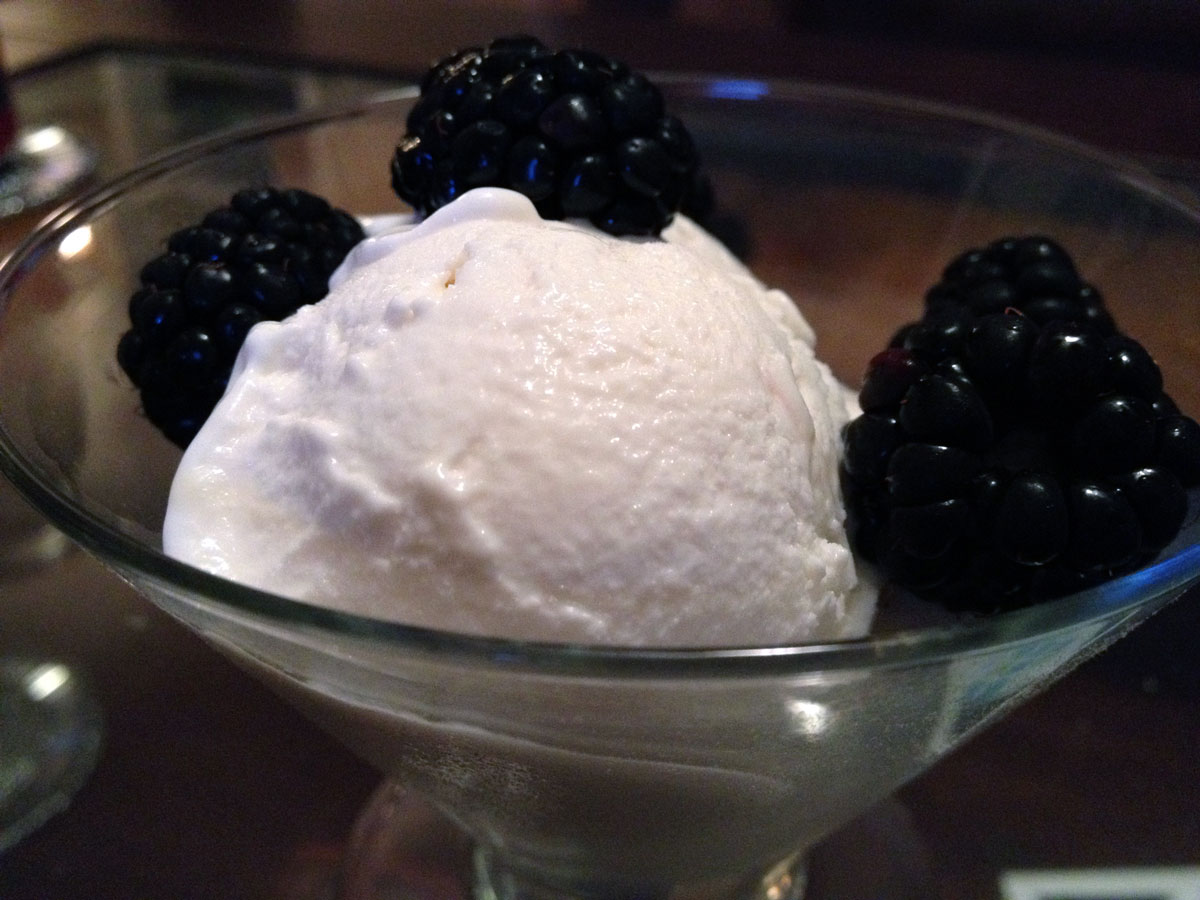 The consistency and texture were perfect.  Still soft and creamy but just barely firm enough to scoop into ice cream jars.  The flavor was almost identical to the tart flavor I’ve come to love, with a slightest hint of vanilla from the extract I added.  We topped ours with fresh blackberries but it was just as delicious plain, and would be great with any of your favorite toppings. 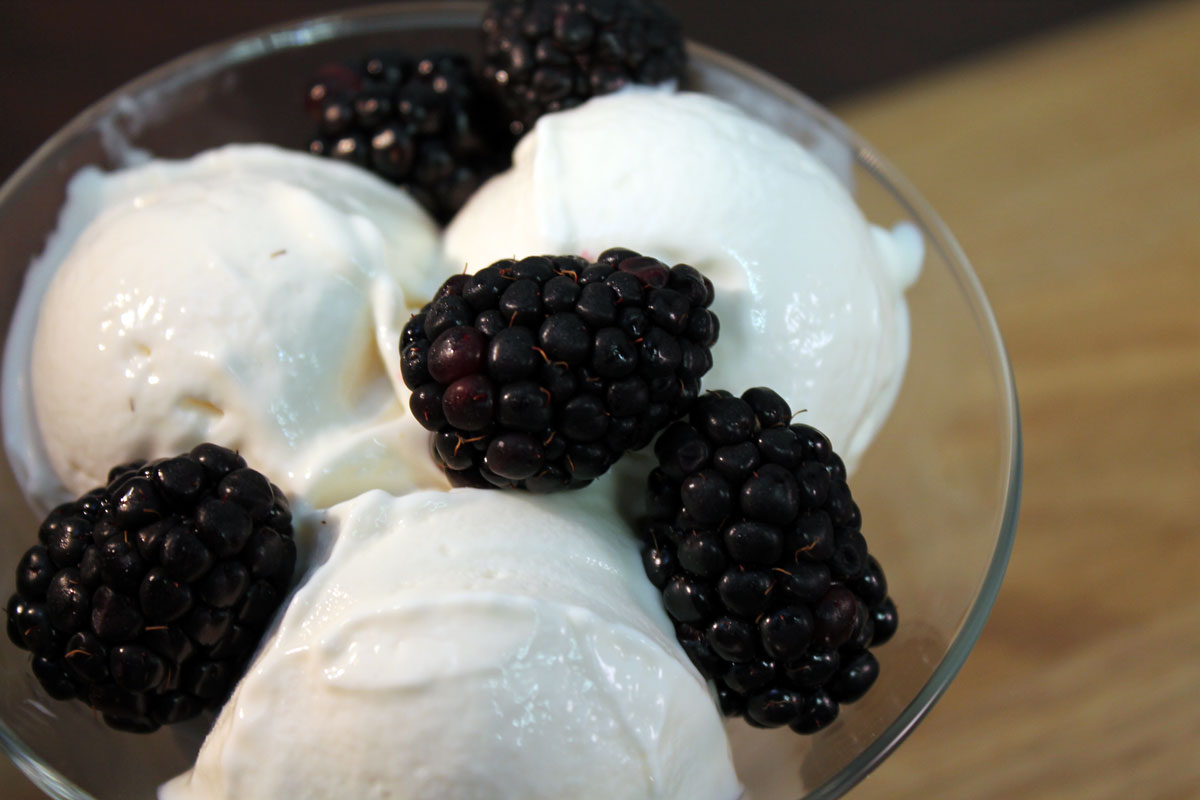 The second time I made this frozen yogurt, I made a double batch and we made sure to leave a lot leftover.  However our freezer is really cold right now and it made the consistency too hard when we went to eat it a few days later.  I’ll have to play around with that a bit, or if that happens to you just leave the ice cream out for a little bit to soften before you dig in.  For now, I’ve found this is most delicious right out of the ice cream maker because it’s still a little bit soft.

I’ve also experimented with full-fat Greek yogurt as well as non-fat. They both taste great.  The full-fat version had a slightly creamier texture with the final product, but if you want to cut a few calories you won’t be missing out too much with the non-fat yogurt.

Let me know what you think.  If you like the Tart flavor fro yo at Yogurtland, Menchie’s, and other establishments, I bet you are going to love it.  I challenge you not to eat up the entire batch!