My parents raved about Beecher’s, specifically the mac & cheese, after their trip to Seattle a few years ago.  They love it so much that they’ve even had trays delivered on dry ice for dinner parties. 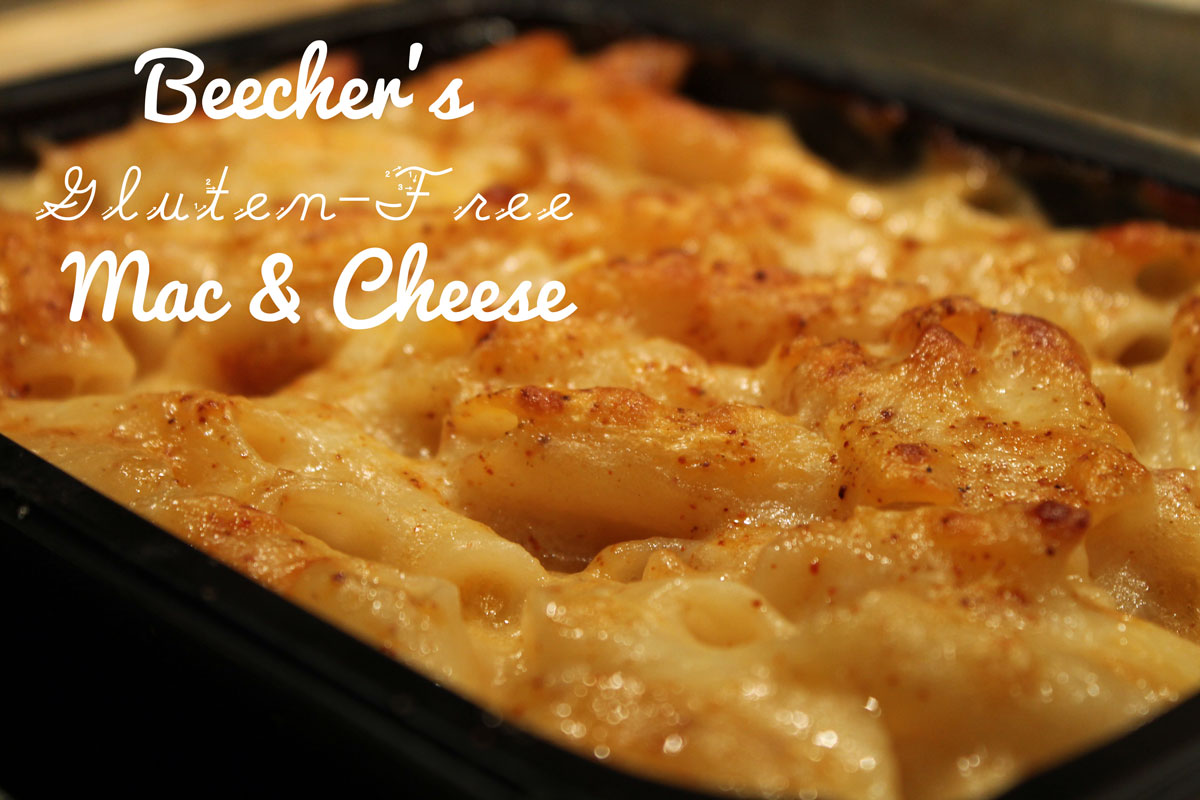 So, when I came across Beecher’s gluten-free mac & cheese in frozen section at The Fresh Market and knew I had to give it a try! 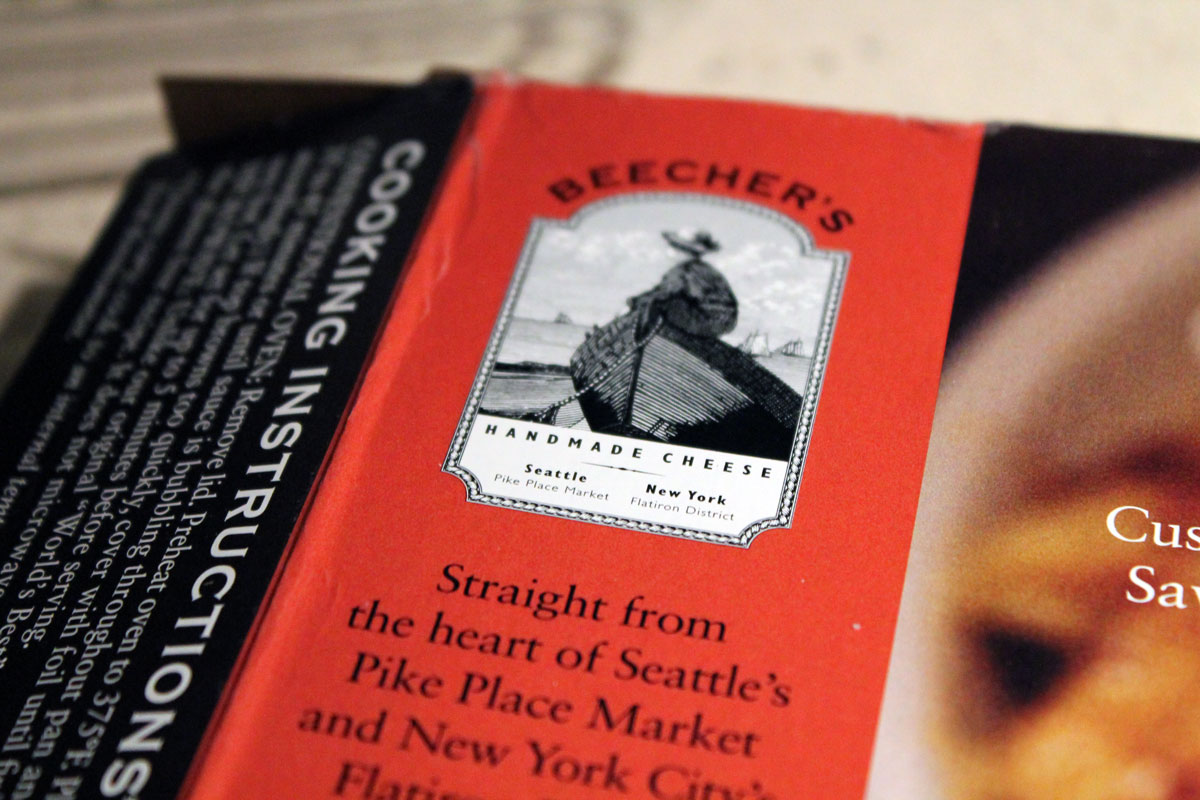 This puppy bakes for a loooong time, so you need to plan ahead and have at least an hour to cook this (including preheating time.)  Then once it came out, I tried a bite but it was too runny.  After letting it sit and cool for about 10 minutes it was a much better consistency. 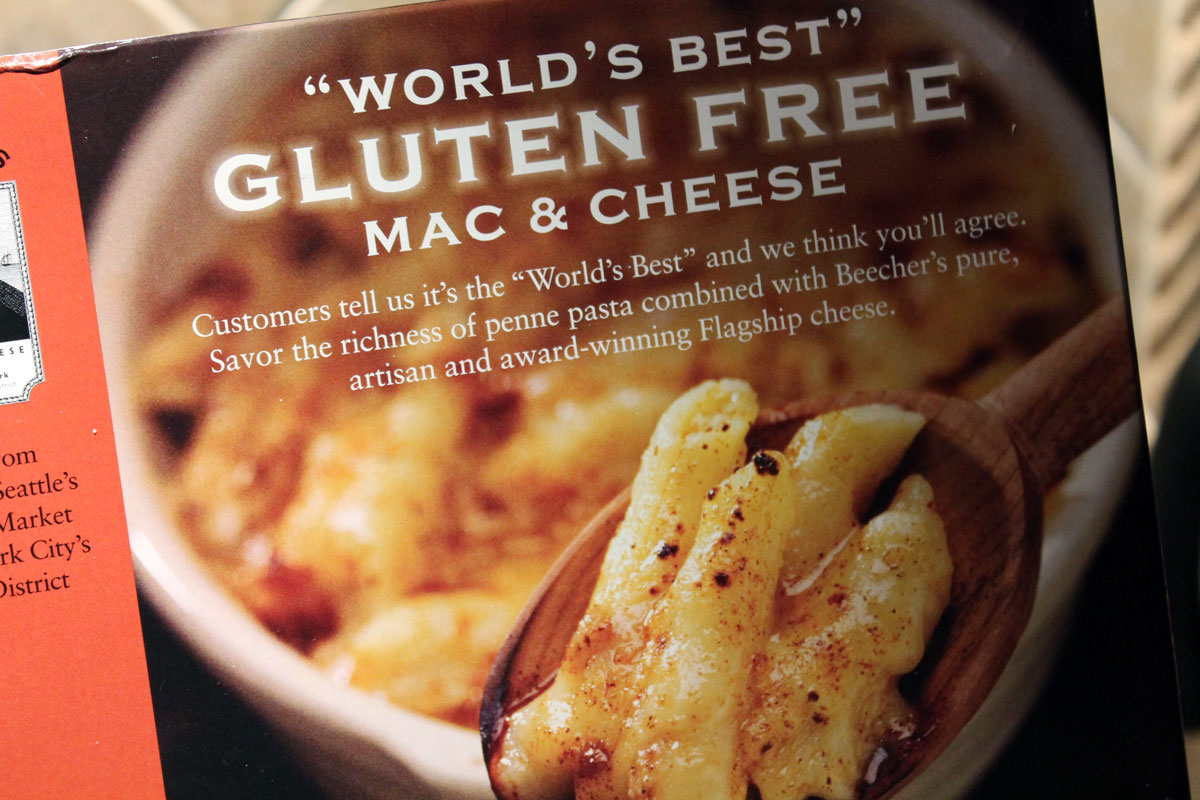 The mac & cheese was good, not my favorite, but we added a drizzle of Cholula hot sauce on top and enjoyed it a lot more.  The texture was good because the top had a nice crust and the inside was soft.  I thought it could have been a bit more cheesy but overall I liked it.

I probably won’t be running back out to the store to buy this again any time soon, because it was pretty expensive for a small amount of pasta.  And I can make this from scratch in almost the same amount of time it bakes for a lot less money.

However, it was still a fun treat to find frozen gluten-free baked mac & cheese, and it was a nice break from cooking after a long day at work. 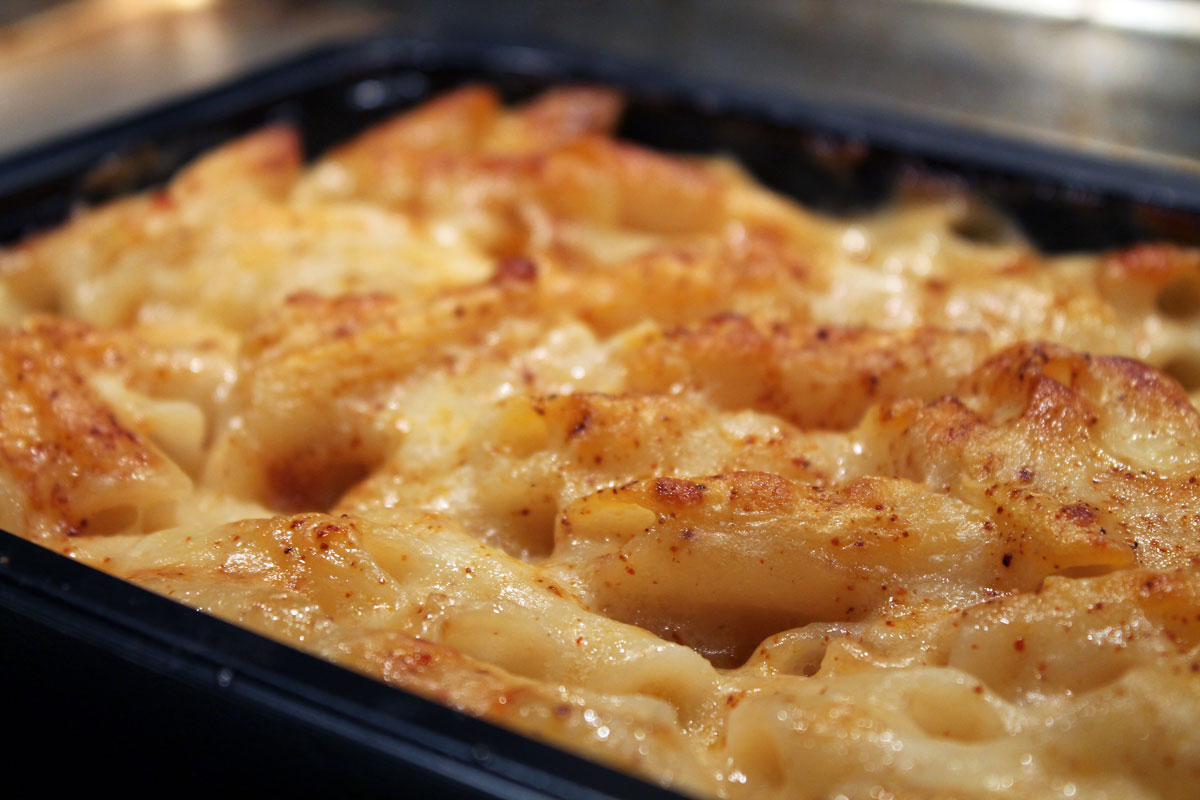 Let me know if you’ve been to the actual restaurant or if you’ve tried the frozen version and what you think!